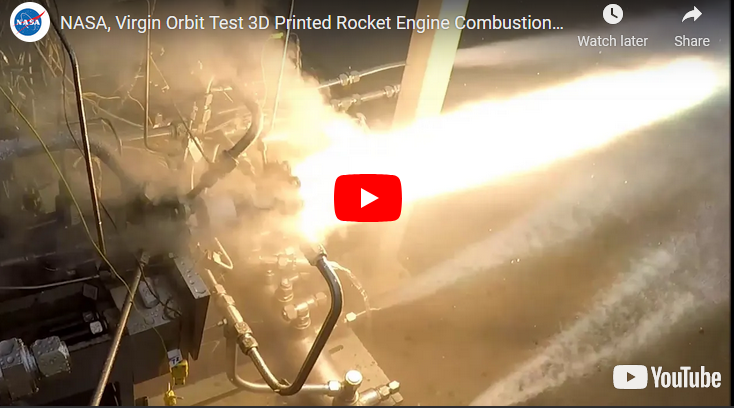 NASA and satellite launch company Virgin Orbit have produced a working 3D printed combustion chamber for a rocket engine. Made using copper, the component is the product of a partnership between the two organisations which seeks to advance adoption of 3D printing across the commercial space sector and reduce the cost of future NASA missions.

Formed in 2017, Virgin Orbit has been working with NASA experts in combustion and additive manufacturing for the past two years at the Marshall Space Flight Center in Alabama (MSFC), as well as other centers in Cleveland and California.