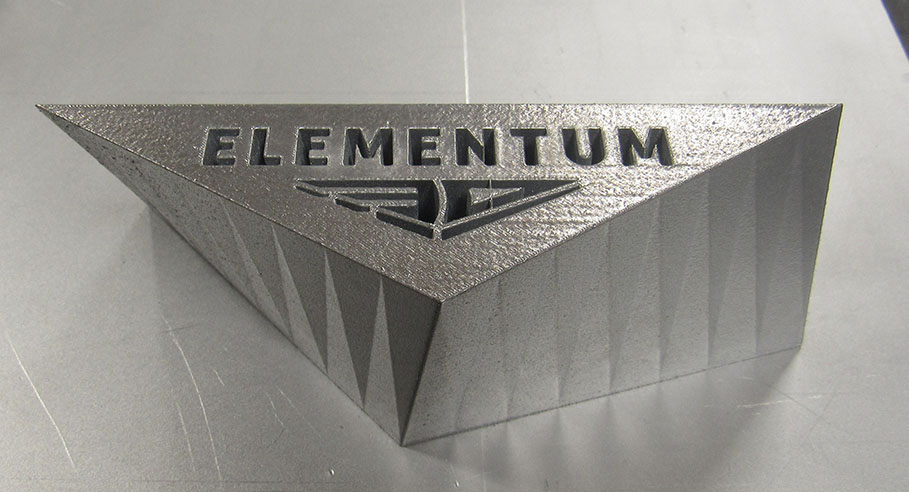 ERIE — An Erie-based company that develops metal-additive manufacturing materials has raised $10.2 million in a Series B funding round, with expectations to increase that number to $22 million in the coming weeks.

Elementum 3D Inc. reported the fundraise in a Form D filing with the U.S. Securities and Exchange Commission Jan. 11. The offering includes equity, options and warrants.

“We did the first tranche so that current investors could uptake a certain portion of it to maintain their ownership, so now we’re working with the new investors,” Elementum founder and president Jacob Nuechterlein told BizWest. “We should have the other [$10 million] in the next 30 days or so.”

The company provides steels, nickel superalloys, copper alloys and other niche products, but it’s its first product — aluminum alloys — that have thus far gained the most traction. Customers use the materials to 3D print everything from aircraft components to satellites and rocket engines.

Elementum’s customers have been evaluating the company’s materials and the process for “the last couple of years,” Nuechterlein said.

“We’re the ones who are providing really the only aerospace-grade aluminum that’s available,” he added.

Elementum, at 50 employees, has been expanding rapidly.

“We’ve been growing and basically doubling every year,” he said. “I don’t know if that trend continues, but that has been our past performance.”

Elementum soon will move from its dual locations in Erie — at 400 Young Court and 2700 S. Main St. — to an undisclosed location in Longmont.

“I’m coming back to where I grew up,” Nuechterlein said, noting that he attended Niwot High School.

Elementum was founded in 2014 as Sinter Print Inc. Nuechterlein attended the Colorado School of Mines in Golden, earning a bachelor’s degree in 2010, a master’s in 2011 and a Ph.D in material science in 2013.

“A mentor of mine really encouraged me to put together a business plan, and I pitched the business plan of combining material science and my knowledge of material science that I got from CSM with something I didn’t know anything about, which was 3D printing,” Nuechterlein said. “That was really exciting for me. I was in a warehouse here in Erie with a desk and laser engraver that I turned into a 3D printer. It was just me at the time, and then the first experiment I did worked, and that was exciting because that never happens.”

Elementum last year spun out Fortius Metals Inc., a Louisville-based company that produces alloys and materials for the welding industry. Elementum remains a majority shareholder of Fortius, which now has about five employees.

Fortius raised $1.4 million in a pre-seed round in September.

“They’ve been growing really quick and added people to the team,” Nuechterlein said. “We’re real excited about their growth and progression as well.”